At StormSensor, we exist to democratize water data and give cities the ability to see beneath the surface and understand what is really happening in their hundreds and thousands of miles of stormwater and sewer infrastructure. We are incredibly excited to announce our new research program to develop new data-driven insights into one of the thorniest and most pressing challenges in stormwater management: intrusion of tidal waters into sewers in coastal cities dealing with storm surge and sea level rise.

Storm sewers are designed to move water by gravity, and pipes are situated to collect water draining from a city’s interior and carry them to open outfalls where the water naturally discharges into a receiving water body, such as an ocean, lake, or river. This is a design that has worked well since the days of Roman antiquity. Open outfalls mean that, in situations with higher water levels, water can push upwards and backwards into pipes against gravity. This is a phenomenon variously described as tidal backflow, tidal intrusion, flow reversal, or tailwater, and it has major implications for urban flooding because storm sewers that are full of tidal backflow have reduced capacity for stormwater—the water it was designed to hold!

Sea level rise only compounds the extent of tidal backflow, and in Norfolk, Virginia, residents are already grappling with the compounding impacts of sea level rise, land subsidence (Norfolk sits within the Chesapeake Bay impact crater), and slowing ocean circulation. Since the arrival of English settlers in the 1600s, the Chesapeake Bay has risen 3 feet, with 14 inches of that rise occurring since 1950. Along the way, the number of flooding events in Norfolk tripled since the 1970s and the city now has a tidal flood once a month.

This year, StormSensor was selected by RISE Resilience Innovations to develop new cutting-edge data-driven features to help coastal communities adapt to sea level rise and flooding. RISE is supported by the U.S. Department of Housing and Urban Development to develop and promote innovative  resilience technologies in the Hampton Roads region. StormSensor and RISE are partnering with the City of Norfolk, itself a leading city in climate resilience planning, to develop, pilot, and release a set of analytics tools. These tools will help other coastal cities understand the impact and presence of tidal backflow in their stormwater systems, delineate the contributions from tidal backflow and stormwater, and be alerted of dangerous tidal backflow situations so that they can respond before it’s too late.

We’re calling these new features Tidal Flow Separation and Tidal Backflow Alerts, and they are first and foremost made possible by our dense, urban sensor networks and real-time flow monitoring data. As part of our goal to democratize water data, we want to make analysis of this complex stormwater-tidal interaction to be easy to understand, scalable, and deployable in any city, regardless of location or setting.

To build a representative dataset of tidally-influenced stormwater conditions, we deployed our first sensor network in Norfolk in August in the Tidewater Gardens neighborhood, which is one of the most flood-prone neighborhoods in the city. This was one of our toughest installs so far, as tidal influences limited our ability to work inside the sewers to just an hour or two before and after low tides, with two daily low tides meaning two shifts per day. Morning call times for the crew started at 1:30 AM early in the week to an indulgent 5:30 AM by the end of the week! With all that water, working inside of the pipe proved to be a challenge and staying dry in chest waders was an exercise in futility. Even working during low tide, we could see already how full the stormwater pipes were on a daily basis—absent any rain at all. Nonetheless, by the end of the week we had completed a dense network of 15 Scute™ sensors within about a third of a square mile of the Tidewater subsewershed.

With the sensor network reporting in with depth, flow, and temperature every 5 minutes from every location, our data scientists and software developers are now hard at work digesting this dataset and pairing the in situ flow observations with local weather and tide gage data. With the early returns from this data, our local partners at the City of Norfolk are already learning new things about sewer performance in this area—after all, monitoring is a BMP in and of itself!

We will have more to share soon about Tidal Flow Separation and Tidal Backflow Alerts, plus some additional information coming up about some of the other data-driven features we are developing under the RISE program. Keep checking back on this blog, or reach out to us to learn more about how real-time flow monitoring can help you better manage stormwater and urban flooding in our new era of climate vulnerability. 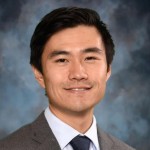 Talk stormwater with steven@stormsensor.io Steven is dedicated to bringing new and innovative technologies to pressing needs in climate and the environment. At StormSensor, he works with customers to bring a data-driven approach to urban flooding and stormwater management.