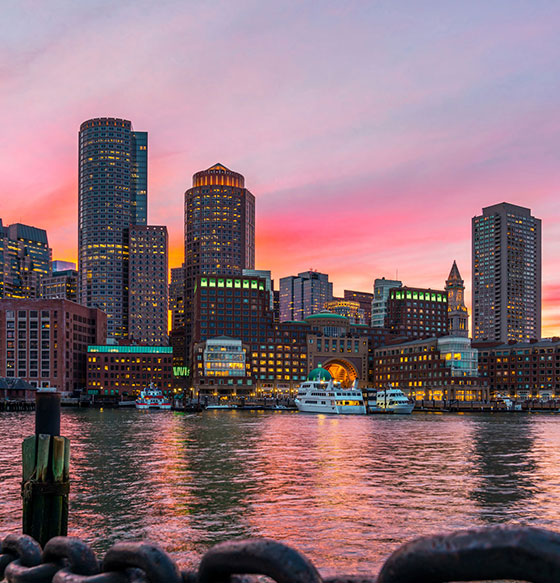 StormSensor® is working together with Kleinfelder on behalf of the Boston Water and Sewer Commission (BWSC) to study sanitary sewer overflows and reduce inflows in the Dorchester Interceptor. This interceptor sewer serves the Dorchester area in south Boston and is a historical brick combined sewer dating back to 1895; it was fully separated as of 2008.

The Interceptor has a history of overflow issues due to its undersized pipe and flat slope, plus continued inflow and infiltration (I&I) from various sources since its separation. The Interceptor has been the subject of continued inflow investigations, which in the past has typically identified catch basin laterals as the most common source. BWSC inspections have identified cracked, broken, and deformed pipes; numerous areas with heavy root intrusion, and infiltration. Also, considering the age of the system, broken joints, damaged manholes, leaky manhole covers, etc. are common and likely an ongoing source of I&I. I&I results in sanitary sewer overflows, backups, flooding, and significant costs associated with unnecessarily treating stormwater and groundwater ($2 to $5 per thousand gallons); for example, an annual I&I volume of 150 million gallons can cost between $300,000 and $750,000 per year to transport and treat.

StormSensor installed an initial network of six StormSensor® Scute™ sensors in July 2020. With flow monitoring underway, StormSensor® and Kleinfelder are working to integrate the real-time flow data into existing rain gage and groundwater well networks in order to develop a predictive tool for SSOs in the Interceptor. BWSC’s operators will use the predictive tool as part of their daily operations, and these models will help inform future BWSC planning efforts.

Five Scute™ area-velocity flow sensors were installed within the sanitary sewer line, with several located within busy and tight rights-of-way. The sixth Scute™ was installed in an adjacent stormwater line, to which BWSC can operate a gate to discharge overflow from the Interceptor into the stormwater system. The presence of tall buildings, heavy traffic, and variable topology are all factors that potentially impede data transmission from the Scutes™. For this predictive model, BWSC required a reliable network with constant uptime to capture accurate, real-time flow data.

As part of developing a reliable predictive forecasting tool that could be used daily by BWSC operators, BWSC was interested in getting flow data as close to real-time as possible. Data collection frequency and reporting frequency are the two factors of approximating real-time data – in this predictive application, it was not enough just to have data collected every few minutes, but it was important to have the data delivered immediately as well. BWSC was interested in StormSensor’s solution for its 5-minute sampling and reporting frequency, which makes the latest data available on the cloud and pushed via API right away. With StormSensor’s simple and cost-effective design that is easily scalable to large and dense sensor deployments, part of BWSC’s evaluation was also to assess the feasibility of expanded real-time flow networks in the future.

StormSensor® sensors are easily deployed and come pre-configured, reducing the amount of time required for street closures and associated permitting. The LoRa network deployed by StormSensor® utilizes mobile gateways that can be deployed across a community to enhance signal strength and connectivity.

Because StormSensor® monitoring networks are designed to be cost-effective and deployable at scale, BWSC installed multiple area-velocity sensors along the Interceptor. The City can therefore measure capacity and capture flow differences along the length of the Interceptor during and after rain events, in real time.

Connectivity was established for each of the locations monitored, providing accurate flow data every 5 minutes. Flows indicated the presence of diurnal patterns indicative of the “morning flush” and the “evening flush,” with lowest flows in the very early hours of the day (typically between 3:00 AM and 5:00 AM). Water elevation within the pipes, as well as local groundwater elevation, is presented in Figure 1.

However, higher-than-normal peaks were also observed at each monitoring point; these peaks are strongly correlated with precipitation events (Figure 2), indicating likely inflow from stormwater.

Data were compared across two storm events and two baseflow events, each of which covered the same timeframe as their respective storm, either 24 hours before or after the impacts of the storm were observed in the interceptor. Flows associated with precipitation tend to occur more than an hour after precipitation begins to fall.

As is evident in Table 1, flows accumulate as the water moves downstream from S1 to S5, with location S5 being the monitoring point that is located both farthest downstream and closest to the treatment facility.

The initial findings suggest that using sensor networks to capture real-time, empirical flow data is critical to accurately assessing and tracking I&I throughout sanitary systems. As the sensor network is expanded, sources of I/I can be pinpointed and addressed through real-time flow measurement, the data from which can act as a screening step for targeting certain areas of the pipe for more detailed and expensive investigations. Reducing I&I can dramatically reduce treatment costs and mitigate associated risk to the system itself; in the case of the Dorchester Interceptor, the goal is to eliminate sanitary sewer overflows in the vibrant, dense, and growing neighborhood of Dorchester. Accurately measuring I&I—especially as stormwater flow—also ensures that any engineering estimates and associated solutions account for the actual volume of water managed within city infrastructure. As we like to say at StormSensor®: monitoring is a BMP!

The Boston Dorchester interceptor sewer system is more than a century old and inefficient at accommodating current inflows, resulting in overflows. In need of an alert system to identify potential overflows before they happen, StormSensor’s predictive algorithms and real-time data are helping to mitigate those risks.