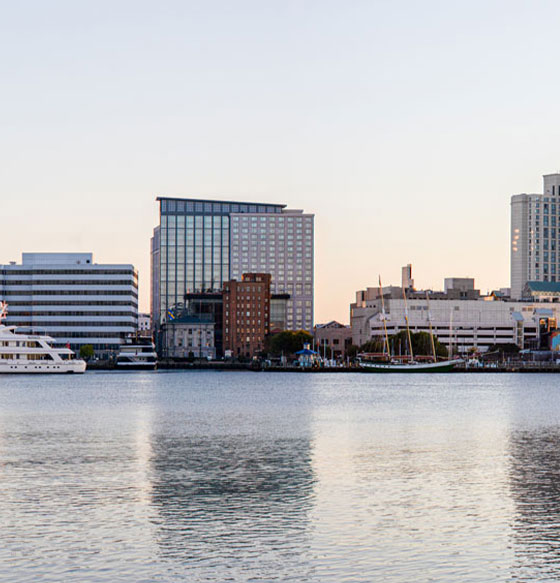 StormSensor® was selected by RISE Resilience Innovations to develop new, cutting-edge, data-driven features to help coastal communities adapt to sea level rise and flooding. StormSensor® and RISE are partnering with the City of Norfolk, a leading city in climate resilience planning and redevelopment, to develop, pilot, and release a set of surface water analytics tools. These tools will help coastal cities understand the impact and presence of tidal backflow in their stormwater systems, delineate the respective contributions from tidal backflow and stormwater, and be alerted of tidal backflow situations so that they can respond to flood risks before significant damages can occur.

RISE is supported by the U.S. Department of Housing and Urban Development (HUD) to develop and promote innovative resilience technologies in the Hampton Roads region of Virginia. As part of a larger HUD grant, the City is redeveloping the Tidewater Gardens neighborhood to enhance stormwater management and address nuisance flooding in the region, which is among the most-affected in the city. StormSensor’s sensor networks have been deployed by both Tidewater and the St. Paul’s area of downtown Norfolk.

The scale of the project is substantial and relies heavily on accurate data capture. Additionally, quantifying the volume of stormwater flow relative to tidal impacts within the system is difficult using existing methods. The most effective approach would require a network of sensors that provide sufficient coverage within the drainage basin and allow the city to meet the requirements of the study.

StormSensor® is developing a novel algorithm that will allow Norfolk and other coastal cities to parse out the contributions from different flow sources, such as tidal and weather flows, in real time and has plans to further expand the monitoring network in Norfolk in the coming year.

Because StormSensor® monitoring networks are designed to be cost-effective and deployable at scale, Norfolk was able to install multiple sensors across the drainage area. This resulted in a dense, comprehensive network rarely seen in flow monitoring applications. The city was able to measure pipe capacity while capturing flow differences across the system and in varying pipe sizes, structures, and discharge points.

A priority of the study was to evaluate the capacity of the storm system in the Tidewater sub-sewershed, including average capacity over 30 days, during storm events, and during dry days. The sensor network was deployed along the primary trunk sewer running roughly north-south and along several branches, which included connection to the inlet from a constructed stormwater retention pond to the east. Figure 1 presents a plan view of capacity across the system averaged over 30 days of monitoring in August and September 2020. Table 1 presents a summary of capacity measured over the same 30 days, as well as a 24-hour period with a rain event and a 24-hour dry period at least three days following the most recent rain event.

While the available capacity of the storm system dropped during storm events, on average, the system was more than 50% full across the periods presented. The sensor network successfully delineated the full reach of the tidal impacts; the monitoring point furthest to the north (no. #20 in Figure 1) was typically dry during most days and experienced only occasional tidal backflows. However, most of the system experienced significant capacity issues from tidal influence alone, as seen in Figure 2.

After understanding the typical capacity patterns in the system, the next step was to begin evaluating storm flow relative to tidal flows. Understanding point-by-point variations in flow data across a variety of scenarios (wet, dry, saturated soil conditions, paved area) is critical to designing capital improvements that will handle the volume of water entering the system, both from stormwater runoff and tailwater. However, separating the two flows is difficult when using traditional technologies (Figure 3). StormSensor® developed an algorithm to simplify this process, allowing cities to differentiate stormwater from tailwater in real time.

The initial findings suggest that using sensor networks to capture real-time, empirical data is critical to accurately assessing system capacity requirements. Doing so ensures that any engineering estimates and associated solutions account for the actual volume of water managed within the storm system. Understanding the source, timing, and frequency of these events is essential for properly designed and implemented capital improvements.