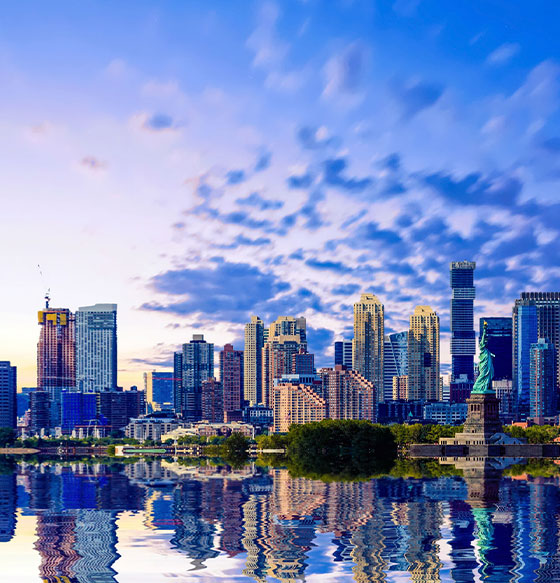 The Jersey City Municipal Utilities Authority (JCMUA) was one of StormSensor’s first pilot project and is still active to this day. In 2018, the JCMUA came to StormSensor looking to track and quantify combined sewage overflows (CSOs) in real time. Previously, the JCMUA had only been able to report CSOs when predicted by a model, and they had no way to validate that model with real-world data. JCMUA wanted to ensure that they were in compliance with regulatory compliance, and also validate their Long-Term Control Plan (LTCP) given the upcoming multi-million dollar spends on retrofits and controls.

An initial pilot deployment of four StormSensor® Scute™ sensors was installed in 2018, followed by an expansion in 2019. Over the course of this study, StormSensor worked with JCMUA to develop metrics to identify combined sewage overflows (CSOs) in real time. The JCMUA hoped to overcome two challenges using StormSensor’s real-time data. The first was the ability to identify storm flows at monitoring points that are impacted by tidal flows. Another challenge was that deploying at outfalls would only allow the JCMUA to capture only turbulent flows, which tend to be less accurate for modeling applications than the more regular flows within the pipe network.

StormSensor® is developing an algorithm that will allow JCMUA and other coastal cities to parse out the contributions from different flow sources, such as tidal and weather flows, in real time and has plans to further expand the monitoring network in Jersey City in the coming year.

Additionally, because StormSensor® monitoring networks are designed to be cost-effective and deployable at scale, JCMUA could install multiple sensors at different locations in each outfall to increase accuracy when determining the timing and volume of CSOs. Sensors were installed at outfalls, as well as upstream of the outfalls and netting facilities and downstream of tide gates and regulators.

This case study focuses on one outfall with significant tidal influence; measurements presented were collected during First and Second Quarter 2020. StormSensor’s Scute™ sensors were installed at the outfall (the downstream Scute™) and between two tide gates (the upstream Scute™). The placement of the sensor between tide gates, which are located downstream of the regulator, ensured that all flow measured at that location was directly associated with a CSO.

At this outfall, when comparing StormSensor’s direct flow measurements to the JCMUA’s EPA SWMM model, StormSensor® identified almost two times as many CSOs; StormSensor measured 42 days of CSOs, while the model identified only 21 days of CSOs (Figure 1). StormSensor also measured a total discharge volume of 16.05 million gallons (MG) compared to the modeled 10.39 MG.

For example, a CSO that occurred on April 23, 2020, lasted for 2 days and was measured 1.06 MG, while the model only predicted a 260,000-gallon release (Figure 3). The differences detected in modeled vs. measured volumes are notable because the city is required to report the volume of each release, and the LTCP is developed to address a specific volume of flow.

Analysis of the downstream Scute™, directly at the outfall and utilizing a pre-production release of StormSensor’s Tidal Flow Separation algorithm detected each of the measured CSO events, as well as higher-than-expected flows associated with rainfall and not overflows. This is a promising result for the beta deployment of this feature and provides additional information needed to further streamline the analyses.

The initial findings suggest that using sensor networks to capture real-time, empirical data is critical to accurately reporting CSOs, designing and implementing an effective long-term control plan, and ensuring that any engineering estimates and associated solutions account for the actual volume of water discharged from the combined system.