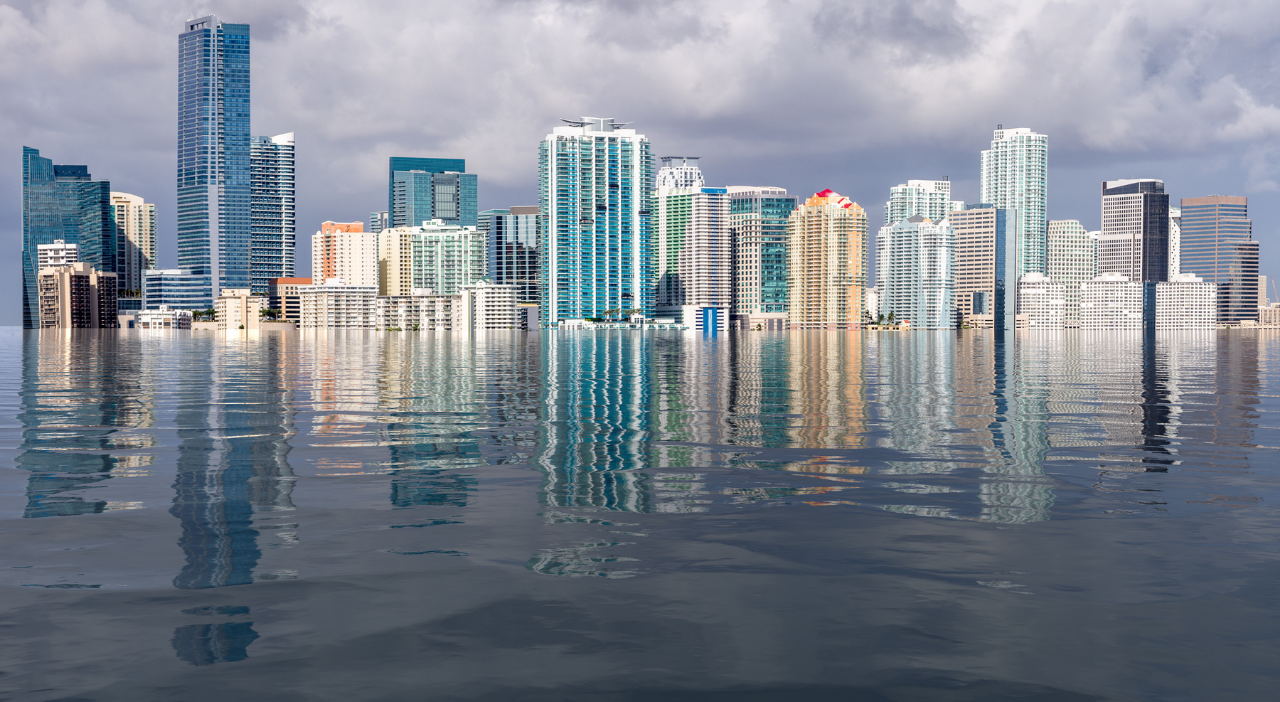 Everything is Sinking: Sea Level is Rising Twice as Fast

The Earth’s seas are becoming fragile marine ecosystems as they absorb most of the excess heat from greenhouse gas emissions. Ocean temperatures are becoming warmer, forcing seawater to expand, artic ice sheets to melt, and sea levels to rise. It is rising faster than any other time in history. In 2010, sea levels rose between 0.12 to 0.14 inches according to the Environmental Protection Agency (EPA). That is double the annual average of 0.6 inches over the last several decades.

These double-digit increases, forming larger bodies of water, are expected to put 410 million Americans at riskfor loss of life and property by 2100, according to a study published by Nature Communications. With this level of sea level rise, the larger bodies of water create a more frequent and intense storm surge that leads to dangerous weather patterns and devastating natural disasters.

Evidence of this change can be seen in data published by The National Oceanic and Atmospheric Administration (NOAA). They reported 18 weather/climate disaster events with losses exceeding $1 billion dollars in the United States (U.S.) in the first 9 months of 2021.3 These events included drought, flooding, severe storms, tropical cyclones, wildfire, and winter storms. Since 1980, the U.S. has sustained 308 weather and climate disasters at a cost that exceeds $2.085 trillion.

These changing weather patterns are expected to hit coastal regions the hardest. More intense storm surge will create higher tides that travel farther inland and cause more flooding. It is estimated that by 2100, 13 million U.S. citizens could become climate change refugees, having been driven away from their seaside homes by rising sea levels.

Plus, the added water in rising seas needs someplace to go. It is a situation that increases the probability of coastal areas in the U.S. being overtaken by seawater. There are 23 coastal states identified as at risk for loss in residential and commercial properties. They are indicated on the maps below from The Union of Concerned Scientists (UCS), and Florida topped the list.

As for cities, Los Angeles is at the highest risk for being overtaken by water from expanding seas and flooding. Others, including New Orleans, Houston, and Atlantic City, are already sinking and could disappear by 2100. Some cities are preparing for what is ahead from rising seas and climate change, including Madison (WI), and Seattle (WA) according to a report from Bloomberg. Below is a climate readiness index map that indicates some cities level of preparedness.

Steps cities and municipalities are taking to prepare include building resilience against flooding by improving their systems. Rather than waiting for a flood disaster to strike that could cost taxpayers billions of dollars, they are making changes in infrastructure, technology, procedures, and more.

The cities of Memphis, Jersey City, Norfolk, and Detroit have already strengthened their water and wastewater infrastructure with the help of StormSensor. The new technology and enhanced infrastructure improve their stormwater management capabilities and reduce their risk of damage from floodwaters.

Regardless of how close they are to an ocean, every person, place, or thing on Earth will encounter the effects of rising sea levels from climate change.  To what degree depends upon what their city and state have done to prepare. It also depends on where they are located within the U.S.

Country-wide, potential flooding, and natural disasters have become more of a risk than in the past. To alleviate risk, cities and states need to engage experts to be better prepared for the weather ahead. We have so many opportunities ahead of us! For more information, go to www.stormsensor.io.

Talk stormwater with erin@stormsensor.io  With more than 15 years of environmental consulting experience, Erin observed so many opportunities for innovation in the stormwater industry. With those in mind, she founded StormSensor to enthusiastically embrace new technology to help solve the problems of an age-old industry.