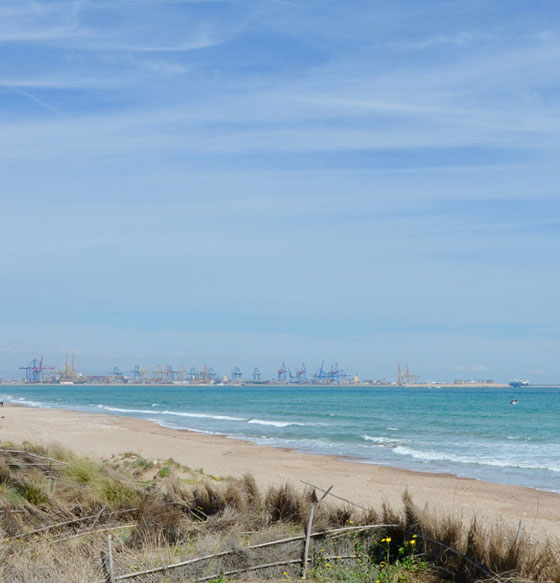 As the impacts of climate change become more apparent, cities will need to modify their infrastructure and set up long term resiliency plans to adapt to these new challenges. Coastal cities will have to contend with an increased frequency and intensity of extreme weather events and high tide flooding that are already causing millions of dollars of property damage.

Flooding affects coastal cities at every level, disrupting the economy and the lives of local inhabitants. The majority of greenhouse gas emission scenarios project that the rate of sea level rise for the rest of the next 50 years exceeds that of the last 50 years (NOAA 2019). As the effects of climate change and sea level rise become more apparent, coastal cities will need to find ways to adapt to more frequent flooding if they want to prosper. Flooding has already had a significant impact on coastal infrastructure, particularly in the Chesapeake Bay region, where flooding routinely causes millions of dollars of property damage, road closures and disrupted livelihoods. The frequency and intensity of flooding is projected to sharply increase throughout the next century as hurricanes and high tide flooding become more commonplace. As of 2019, the frequency of high-tide flooding in the U.S. doubled since the year 2000, with another estimated 500 to 1500% increase anticipated by 2050 (NOAA 2019). In fact, NOAA estimates that high tide flooding may occur every other day in some regions. As the mean sea level continues to rise, high tide floods and storm surges will overlay a higher base level of water.

Not all areas experience an equal amount of sea level rise. Studies show that the east coast of the U.S. experiences sea level rise at an accelerated rate relative to the west coast (Valle-Levinson 2017). Much of this difference is caused by the slowing of the Gulf Stream and El Niño climate cycles. Cities along the Chesapeake Bay, for example, will be forced to endure increased flooding as sea level rise continues. The Chesapeake Bay is an area with one of the highest levels mean sea level rise in the world; it is becoming increasingly likely that the sea level could rise at least 3 feet by 2100 (NOAA 2017).

Across the eastern seaboard, people are experiencing hurricanes with heavier rainfall and stronger wind. NOAA projects that rainfall rates and the number of storms that reach categories 4 or 5 will gradually increase over the 21st century (NOAA 2017). However, most of the infrastructural damage and casualties from hurricanes are caused by the storm surges that accompany them, not the wind or the rain. As high-category hurricanes become more common, communities will progressively become more at risk. Worryingly, the intensity of these storm surges is amplified by sea level rise. In 2012, sea level rise enabled the storm surge from Hurricane Sandy to extend further and deeper inland, causing $8 billion in additional damage (Narayan et al. 2017). Over 70,000 people and 30,000 homes that would otherwise have been safe were directly impacted because of sea level rise (Narayan et al. 2017). The extent of damage from storm surges is expected to increase as the sea level continues to rise over the next century. Events like Hurricane Sandy are expected to become more commonplace within areas that experience hurricanes.

While the damage from sea level rise is currently much more acute on the eastern coast of the U.S., the infrastructure and ecology of the Pacific coast are projected to be increasingly impacted in the coming decades. In California alone, 27.2 million people live in estuarine areas. These highly populated areas produce over 80% of the state’s GDP (Raheem et al. 2009).

Coastal wetlands can serve as an ecologically sustainable way to protect communities from floods, preventing damage and avoiding millions of dollars of property damage. They serve as a buffer to flooding, reducing wave energy, and change the momentum of water. Statistically, the presence of wetlands is strongly correlated with the avoidance of flood damage. During Hurricane Sandy, areas with wetlands experienced an 11% reduction in damages, which adds up to $625 million of loss prevention (Narayan et al. 2017). Currently there are efforts to protect and restore wetland habitats in the Chesapeake Bay and the San Francisco Bay. If successful, this work will help to protect these regions from the effects of flooding caused by sea level rise.

Wetlands serve to decrease the amount of damage from flooding in coastal areas. Studies have shown that wetlands redistribute the momentum of storm surges because their shallow depth and native plant life cause friction that works against the surge (Wamsley et al. 2010). The presence of wetlands subsequently results in a buildup of sediment and reduction of erosion that elevates the underlying surface of the area (Wansley et al 2010). In the face of sea level rise-induced flooding, it will be important for coastal communities to be surrounded by an ecosystem with a higher elevation that can weaken the momentum of flood water.

At $26,145 per acre per year, coastal ecosystems are the most economically valuable land per unit of area (ESVD 2020). Wetland ecosystems directly contribute to the economic value of coastal economies by contributing to biological diversity and filtering pollution. The effects of these contributions can improve the economic output and health of entire regions. The range of environmental services that wetland ecosystems provide place the San Francisco Bay Area and the Chesapeake Bay amongst some of the most economically powerful and popular tourist destinations in the world.

As sea levels rise, wetland migration has become a factor around which communities need to plan their future infrastructure (Spalding 2013). Upland areas will become regularly submerged in salt water, thereby replacing non-wetland coastal plants with marsh plants that are suited to survive in a wetland environment. This is a natural process that is accelerated by climate change. As sea level rise becomes more extreme, wetlands naturally migrate inland. Research suggests that about a third of all current wetland areas have been created by migration into upland ecosystems since the 1800s (Schieder 2017). However, the presence of human development can interfere with this process as wetlands get squeezed between the rising ocean and developed land.

If wetlands have no room to migrate, then they will inevitably become submerged by rising water. In estuaries, the proportion of salt water will increase, and the increased salinity will potentially cause massive die-offs of plant life (Li 2019). The amount of fresh water that enters a coastal wetland through rain and run off is also a major factor in its longevity. Additionally, the amount of water that can enter and exit a wetland at once affects its vulnerability to flooding and sea level rise (Rodriguez 2017).

Communities surrounding estuaries, especially those on the east coast like the Chesapeake Bay, are currently some of the areas that are most affected by sea level rise. Regular high tide flooding puts a considerable burden on local Chesapeake Bay economies that rely on tourism, costing some cities millions of dollars in revenue (Hino 2019). As a result, there is now an active effort to address the effects of sea level rise and minimize future impacts.

Several coastal Chesapeake Bay communities are likely to convert developed areas to wetland habitats due to wetland migration. Research suggests that, starting in the 1800s, roughly 100,000 acres of upland habitat in the Chesapeake Bay have become wetlands due to sea level rise (Schieder 2017). The ecosystem value generated by these new wetlands is estimated to be at least $573.7M per year (ESVD 2020).

Allowing the wetlands to overtake certain areas will be more effective at protecting most of those cities from high tide flooding and storm surges. In the Chesapeake Bay, where sea level is rising at an accelerated rate, we can observe the near-future effects that sea level rise will have on other coastal communities throughout the U.S.

According to current projections, the city of Newport News is likely to experience a significant level of sea level rise by 2050 (NOAA 2019). Three feet of sea level rise will submerge 40% of wetlands within the city, specifically resulting in the elimination of 87% of the Emergent Wetlands and 25% of the Woody Wetlands. Without available space inland to migrate, 1884 acres of wetlands will be underwater and unable to buffer the effects of the floods that are increasing in frequency and intensity across the east coast.

Areas surrounding Newport News can expect to experience comparable wetland loss within the next three decades. Residential areas will need to account for an increasing risk of property damage from high tide flooding and storm surges in the coming decades.

The San Francisco Bay is the largest estuary on the west coast. It is home to a wide variety of endemic species and is a stopping point for over one million birds at the height of the migratory season. Because of its ecological significance, it is a renowned international tourism destination.

Unfortunately, the San Francisco Bay area has experienced some of the highest rates of wetland destruction in the United States. Since 1850, there has been a 95 percent loss in crucial wetland habitat from development (USGS). Most of the natural ecological barriers that would have served to protect this area from flooding are nonexistent, resulting in a lower amount of readiness for the eventual floods that will occur. Additionally, The San Francisco Bay Conservation and Development Commission projects that as many as 6000 residential units will be impacted by sea level rise by 2050 (BCDC). Areas that will be the first to be affected by sea level include the San Francisco International Airport, West Oakland, the San Francisco Mission Creek, and the San Rafael Canal District. These areas are utilized by a large population for residency or transportation; the impact from their loss will ripple into the surrounding community.

17 miles south of San Francisco lies Redwood City. On its coast lie a series of wildlife preserves and refuges that were put in place to protect the wetland habitats that border Redwood City. Current environmental restoration efforts in this area have focused on expanding these wetlands to conditions comparable to before the start of major infilling and development.

Extensive wetland habitat protects properties from flooding and reduces the need to construct protective coastal barriers and associated infrastructure in the face of sea level rise. However, 3 feet of sea level rise threatens the existence of 91% of the total wetlands in Redwood City. While these wetlands are surrounded by about 500 acres of vacant land, 96% of that land will be underwater at 3 feet of sea level rise, thus leaving little room for wetland migration.

historically infilled to expand land available for commercial purposes. In the long term, wetlands will serve as an effective barrier to sea level rise that is more economically viable than building expensive and invasive new infrastructure. Beyond their flood mitigation properties, wetlands enhance communities by sequestering carbon, absorbing pollution, and serving as a natural habitat for a variety of endangered species.

The effects of climate change and sea level rise mean that more coastal communities will need to develop strategies to address flooding. Many of these communities are likely to employ similar strategies of wetland restoration as an ecologically sustainable flooding mitigation strategy. Without space to migrate inland, however, these wetlands will shrink in area and struggle to survive. Comprehensive mitigation efforts will need to be incorporated into community resiliency plans to ensure a natural, high-value barrier to sea level rise protects our communities and the ecosystems around them.

Firststreet.org. (2021, February 22). Over 4 million homes face annual financial losses from flooding that are 4.5 times the cost of their estimated NFIP premiums. FirstStreet. Retrieved October 21 2021, from https://firststreet.org/press/aal_launch/.