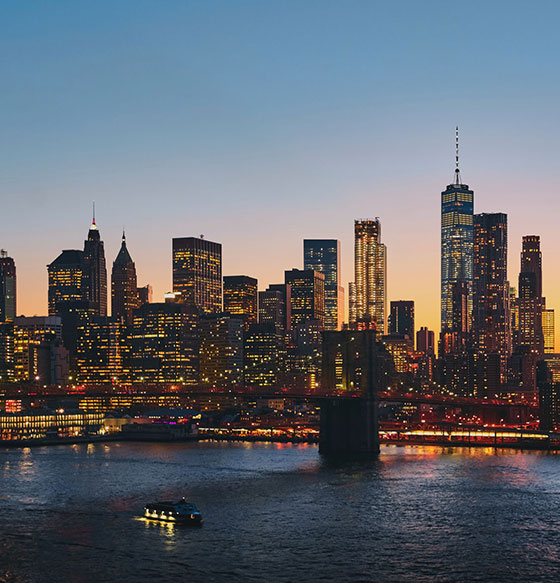 Urban flooding has affected most developed cities due to rapid urbanization and climate change. Urban flooding is the accumulation of flood water within a city or town when the inflow of stormwater exceeds the capacity of the drainage system. Intense rainfall, which is becoming more frequent due to climate change, adds to the risk of urban flooding. The excess rainwater can flow into the basement of the infrastructures and block the sewer lines, therefore causing sewer backups. Cities with older sewer systems and large population, for example NYC, are particularly prone to urban flooding and the problems arise from it such as sewer overflows in residential areas (Lane et al., 2013).

In this research project, we focused on demographic and geographic factors that may exacerbate the risk of sewer overflows. The demographic factors we included are population density and median income. Population density refers to the number of people per square mile of land area. Some studies have shown a correlation between urban flooding and population density (Framing the challenge of urban flooding in the United States, 2019). We predicted that higher population density would be related to more sewer backups. Median income is the median household income for each census tract. Urban flooding has been shown to impose a greater impact on low-income communities (Haque et al., 2020). Based on this study, we predicted that low-income neighborhoods would have more sewer backups, potentially due to aging and deteriorating infrastructure.

The geographic factors we assessed are land use, imperviousness, and elevation. Urban growth occurred rapidly over the past century; this process increased imperviousness and changed land use. Impervious surfaces, such as buildings, roads, and parking lots, increase surface runoff that can be otherwise absorbed by the natural landscape. More open space is replaced by developed areas where people reside and work in high numbers. The increase in land-use change can increase the incidence of flood inundation (Dammalage and Jayasinghe, 2016). Elevation is defined as the height above sea level. Climate change has caused urban flooding to occur more frequently at low elevations. Because gravity drainage flow networks use gravity to drain the water away, the rate of the drainage depends on the elevation difference between receiving and outpouring sites. In areas with low elevation, elevation differences can slow or reverse the rate of drainage (Habel et al., 2020). Additionally, studies have shown climate change results in sea-level rise, which increased the number of “nuisance floods” for areas with low elevation (Strauss et al., 2016; Sweet and Marra, 2014).

In order to test our predictions, we investigated the number and the location of sewer backups from 311 call data from NYC OpenData. NYC311, developed by the NYC Department of Environmental Protection, allows property owners to report a sewer backup in the building. After a call is made, NYC311 records the date and location of the call.

In this project, we evaluated the relationship between 311 calls and various parameters, including population density, median income, imperviousness, elevation, flood zone, and land use. Population density and median income data are from the US Census (US Census Bureau, 2011). Imperviousness and land use data are from the National Land Cover Database (MRLC, 2016). Elevation data is from The USGS National Map (USGS), and flood zones are from the FEMA National Flood Hazard Layer from the Flood Map Service Center (FEMA). We compared the values of these attributes at the 311 call data locations with a random spatial distribution to identify the potential impact of different factors on the number of sewer backups. We calculated the minimum, maximum, mean, and standard deviations of each attribute at the 311 call locations and across the random spatial distribution. To determine whether there was a significant difference between the 311 call locations and random locations, we compared the two datasets using Student’s t-tests. Student’s t-tests are a statistical test used to determine whether a statistical difference exists between two groups.

Sanborn Fire Insurance Maps from the website of the Library of Congress were reviewed in an attempt to identify the age of the pipes at different parts of the city. This source, however, does not provide us with a specific age of the sewer pipes. We also lack prior research studies on the correlation between age and the risk of sewer backups.

Relationship between 311 calls and map parameters

We then can look at the imperviousness of the areas in which the data points are located. Imperviousness can increase the amount of surface runoff, thus increasing the risk of sewer backups. For imperviousness, we found significant differences between the two datasets for NYC overall and in Staten Island, Queens, and Manhattan.

311 data points in these three boroughs have a higher average imperviousness than the random spatial distribution. This suggests that the higher likelihood of 311 calls occurring in areas with greater imperviousness was statistically significant.

We also looked at the flood zone of each data point to determine if the risk of flooding correlates with the risk of sewer backups. We found that 311 data points are more likely to occur in a high-risk flood zone for NYC overall and in Staten Island, Queens, Brooklyn, and Manhattan in particular. For the Bronx, the percentage of points located at high flood risk zones is lower for 311 data points. Overall, this data shows 311 calls have a higher likelihood of occurring in a high-risk flood zone.

We also predicted that the age of the sewer system can affect the risk of sewer backups. We looked at the time period when each borough began to develop. We found that, compared to other boroughs, urbanization of Staten Island and Queens began rather late.

The construction Sewer system first began in 1849 during a series of cholera outbreaks. Between 1850 and 1855, the city laid 70 miles of sewer. By the mid to late 19th century, the network expanded throughout the developed section of the city. Most of these original sewage pipes are still in use today.

In the 19th century, Manhattan was classified as a manufacturing and industrial city. As the Sanborn Fire Insurance Maps showed, Manhattan was largely populated since the 1800s. After the Civil War, a growing number of immigrants from Europe chose to settle in Manhattan. Between 1800 and 1910, density in urban Manhattan tripled from 200 to 600 people per hectare.

As the Sanborn Fire Insurance Maps have shown, in the late 1800s residents of Brooklyn mostly concentrated along the eastern coast. By the end of the 19th century, as a result of European migration, the population of Brooklyn reached 1 million people. In 1883, the opening of the Brooklyn Bridge brought a new wave of people into Brooklyn.

During the 1800s, the area remained mostly agricultural. In the late 19th century, the construction of the subway lines and opening of The Queensboro Bridge allowed the population of Queens doubling in a decade, from less than 500,000 in 1920 to more than one million in 1930.

In the late 1800s, the Sanborn Fire Insurance Map only documented the coastal areas of Staten Island. Before the 2000s, Staten Island was less densely populated compared to other boroughs. It wasn’t after the construction of the Verrazano-Narrows Bridge, that the population doubled from 221,991 in 1960 to 443,728 in 2000.

Precipitation can contribute to sewer backup by overwhelming the capacity of the sewer line. For precipitation, we found that the months with the most rainfall somewhat overlap with the months with the most 311 calls. June and August experienced the highest percentage of 311 calls. 22.58% in June and 22.51% in August (Figure 10). On average NYC experiences the highest average monthly precipitation in May and July. This indicates that 311 calls tended to occur in times with higher monthly rainfall.

The student’s t-test results support our hypothesis that the number of sewer backups are significantly related to the population density. One of the explanations for this is that the more people using the sewer lines, the more likely sewer backups to occur. To further understand this correlation, we would need to evaluate similar datasets captured from other cities across the U.S. As urbanization continues and the population continues to increase, sewer backups are likely to happen more often.

Our result does not consistently support our hypothesis that lower median income correlates with more sewer backups. After looking at previous studies, which employed statistical analysis and questionnaire surveys to collect information on the demographics of the surveyed population (Satterthwaite et al. 2007), future research might include the income information of the households that made the 311 calls, instead of looking at the median income of the community.

Having more precise information on the household that made the income might lead to different conclusions. Studies have also shown that climate change are likely to increase the risk of flooding for low-income households, because affordable housing was concentrated in floodplains (Cusick 2020).

In the first stage of the report, we reviewed research on urban flooding and sewer backups, and we identified the factors that might affect the likelihood of sewer backups occurring in NYC. The factors that we focused on included: population density, median income, imperviousness, elevation, flood zone, and land use.

We then evaluated how these attributes are related to locations of sewer backups. The dataset that we used is the 311 call dataset, which tells the location of the sewer backups. We compared this to a random spatial distribution across NYC. We categorized our data by boroughs and by NYC overall. First, we identified the minimum;  Q1 – quartile 1, the median of the lower half of the data set; Q2 – quartile 2, the median of the entire data set; Q3 – quartile 3, the median of the upper half of the data set; and the maximum. We then created box plots to visualize our data and identify the mean and standard deviation of each dataset for each factor. With this information, we used student’s t-tests to determine the significance between the datasets for each factor.

According to our analyses, the factors that contribute to the number of sewer backups vary between boroughs:

Population density contributed most to the number of 311 calls about sewer backups. We found significant differences between the two datasets in NYC and for each of the boroughs.

This study helped us better understand which factors were related to sewer backups. This is important because sewer backups can cause damage to buildings and infrastructures as well as contamination and spread of waterborne diseases.